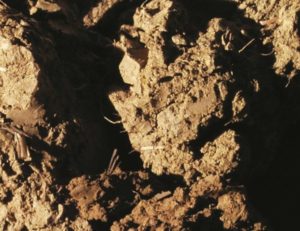 When I began my own adventure I decided to prune shorter, sacrificing quantity with harsh shoot thinning, and use stainless steel vats – four times as expensive as the traditional concrete version – while investing energy in hygiene in the cellars: my neighbours thought I was a Martian or an alchemist, rather than a colleague.

The wines of those years ended up down the drain more often than in the bottle. But in 1981 I put a cork in the first bottle of Morellino: this “operation” – because it really was an operation – took place in the small Montemerano cellars. I have the fondest memories of that time – my enthusiasm, sacrifices and recklessness. At the time Morellino was a new and relatively unknown DOC; it was only consumed in damigiane (56-litre glass containers, no longer used, n.d.r.) bought from the farmers by enthusiasts and tourists visiting the splendid Maremma coastline.

Then very soon came the first awards important for me and for the Morellino history, and now that the excellence of the Scansano grape had been established, new Napoleons made their garrisons here: our streets have more in common nowadays with Via Spiga, Faubourg St. Honoré or Rodeo Drive than with the pleasant, rocky country pathways.