The Maremma and his protagonists (2) 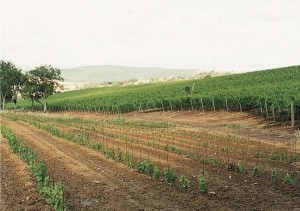 This is a question Erik often asked himself, always at the beginning of a new life and a new challenge. He showed an early talent and voracious desire for various experiences, always with the aim of testing himself and trying to be the best. At twelve he won his first golf competition – a first love he has never betrayed – wearing the junior national team jumper and winning both national and international trophies. Meanwhile, between greens, he fell under the spell of racing cars. Lucky Erik was able to jump on board the last years of “classic” racing when Monza took the world’s breath away with the legendary parabolic bend and Mugello – a long way from becoming a circuit – was just a sensational series of uphills and downhills in the Apennines between Tuscany and Romagna. The Targa Florio raced against Ferraris, Porsches and the legendary Chaparrals, forerunners of the “space age” cars and was awarded an Italian championship in the GT 1300 class. All this would be enough to fill a couple of lives for some people – but not Erik Banti. He raced, played and won – but also felt the need to create. He discovered the art of photography and opened a studio in Piazza di Spagna, drinking in the bella vita of Sixties Rome and working on publicity campaigns for large multinationals and reports for National Geographic. But cinema also attracted him and he was on-set photographer for the great maestros like Fellini, Zeffirelli and Bolognini. 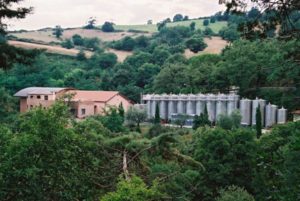 “In those years,” Erik recalls, “Italy ran fast”. The lira won the Oscar for best currency, and Erik made known his made-in-Italy charm by breaking hearts in all the countries he chose to live in, from New York, to Switzerland, via his maternal homeland, Denmark. He just loved travelling, so in 1970 he opened a travel agency, also in Rome. “But who is a travel agent?” Erik asked himself, as ever, ready to set off on a new life. “I couldn’t satisfy my ego issuing return tickets. I had to create the trip for the client”. Et voilà, in 1972 Banti Viaggi was the first to bring Italians to the Maldives, creating an archetypical destination for tropical tourism. “I’ve always been ahead of the times”, Erik says, “and often misunderstood”. Once again he was ahead of his time in 1977, with his friend Stefano Milioni: not only “exporting” tourists abroad, but also “importing” foreigners to Italy. The two had instinctively grasped the extraordinary potential of food and wine routes, until then unexplored in this country. Erik redirected the commitment and energy of his company into this brilliant intuition and with the unhoped-for aid of the excellent Veronelli, who was enthralled by the project, he closed an agreement with Alitalia. This should have been a new take-off but turned out to be an abrupt landing: at the last minute Alitalia pulled out and Banti Viaggi was knocked out. “A terrible blow”: arrivederci Roma, it was time to retire to Montemerano.

And here in 1978 (the very year in which Morellino di Scansano obtained DOC status), having detoxed a little, Erik raised the usual inevitable question: “What am I doing here?”. The answer was blowing in the wind: Montemerano, Morellino, food and wine… the die was cast. The first official vintage with bottles signed Erik Banti was in 1981. The grapes came from the Ciabatta estate (a small plot of 1.5 hectares) and neighbouring estates: “Cignale, Troncausci, Tascapane, Calzafina, Miledi, Ivonne…Real people, my first suppliers”. But Banti was not content to be a producer – as ever, he wanted to be the best. Not buying his way in but sweating and working every day to achieve his objective. Because he believed in Morellino. And he wanted to prove to the world that he was right. “You have to aim high, and never compromise”, he repeats, like a motto. And to aim high, you first need to make yourself known. So while he worked to improve his wine, Erik decided to make known the qualities of Morellino to everyone. He looked around and realised that the route to take was still long and wearisome. But the die was cast.
Next PagePrev Page