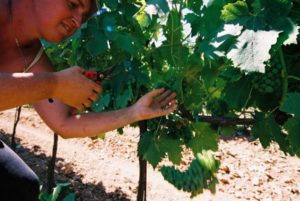 In those days a handshake was enough. In those days, Erik the Dane, newly arrived in Montemerano, would challenge the local countrymen to “morra” (“flashing fingers”) and deep in the night would entwine his fingers, reddened by the blows, with those of his adversaries: “Deal”, they would say, looking each other in the eye, heedless of the fact that after so many drinks, this was a task for a crack marksman. “Deal”, and Erik the foreigner slept easy in the certainty that next day Cignale, Toncausci, Tascapane, Calzafina and all the other winegrowers in question would bring over their grapes as agreed. The agreed weight, at the agreed price. Deal – Erik would make good wines from those grapes. 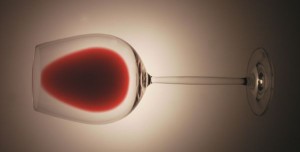 Cignale, Calzafina, Erik the Dane, games of “morra” in the cellars, handshakes worth a contract: these are not characters and settings from a medieval novella or 19th century novel, but part of a real history, the history of the day before yesterday – the late Seventies, not so far in the past. And yet it feels like a hundred years ago. And in the meantime, up until Two Thousand, a miraculous economic downpour: the Maremma “vinaccio” (poor wine) was transformed into red gold. A river in full flow, and crowds on its banks ready to pan for it. The miracle of Morellino di Scansano, a young DOC out to conquer the international markets, a powerful magnet for investments and billionaire investors who, in just over fifteen years, changed the income and habits of this little ancient world, if not its face. Manna for a land starved of development; the end of an era for those early pioneers, who replaced honest hands and understanding looks with signatures and official documents, who preferred account books and marketing strategies to games of “morra”. 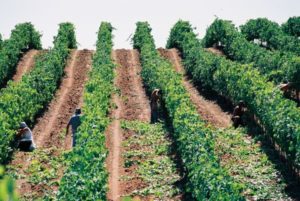 This is Erik’s greatest regret. Erik Banti: Danish mother, Tuscan father, shaped for the world in Rome and in the spirit by the hills of Montepulciano, born again in the vineyards of Montemerano, resident for business reasons in Scansano, at least half his heart lost to the sunny shores of Spain, citizen of the five continents, who left the castle of Isola Farnese to make his home today – between flights – in a motorhome in Sutri. A nomadic spirit with strong roots, speckled with real nobility. A pilgrim gentleman, a playboy of life, who has flirted with a thousand experiences, many women and countless countries, but proudly claims his paternal right: the miracle of Morellino di Scansano, fruit of his long and passionate embrace with the Maremma land. Because everyone agrees on one point – friends and denigrators, hagiographers and objective experts, amateurs and connoisseurs: the “mater certa” of Morellino may be the Maremma, but the father of its success is Erik Banti.